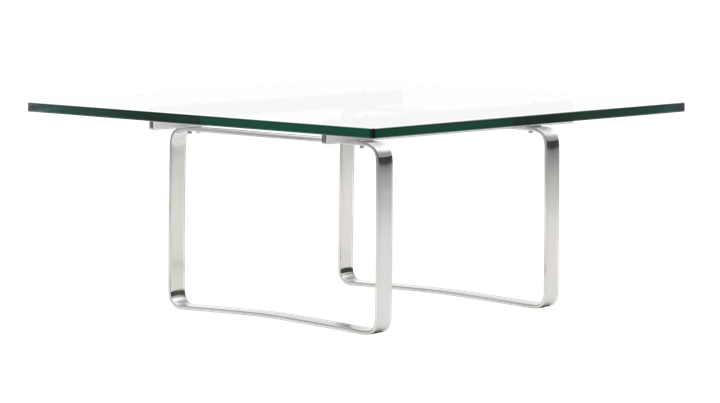 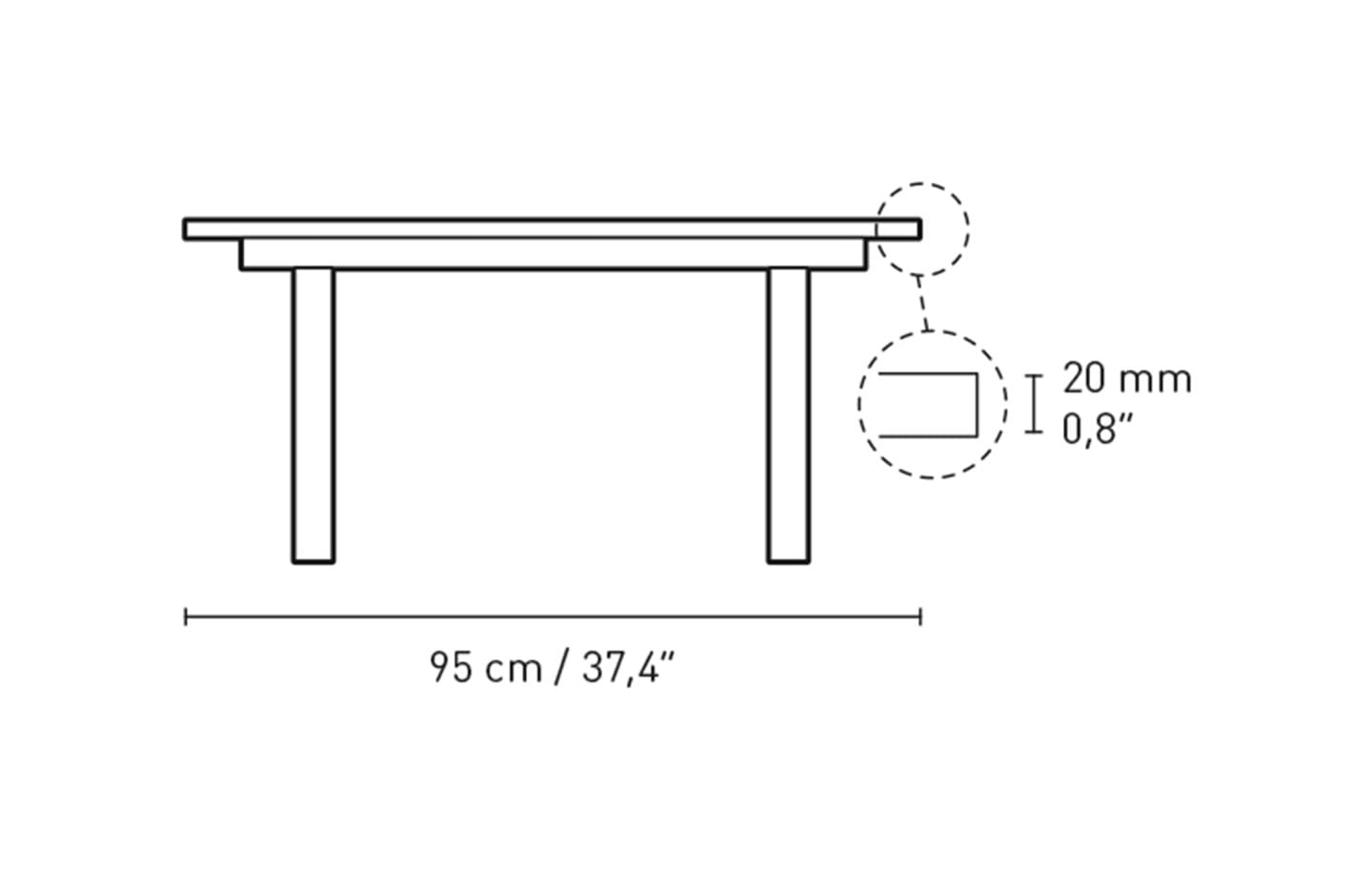 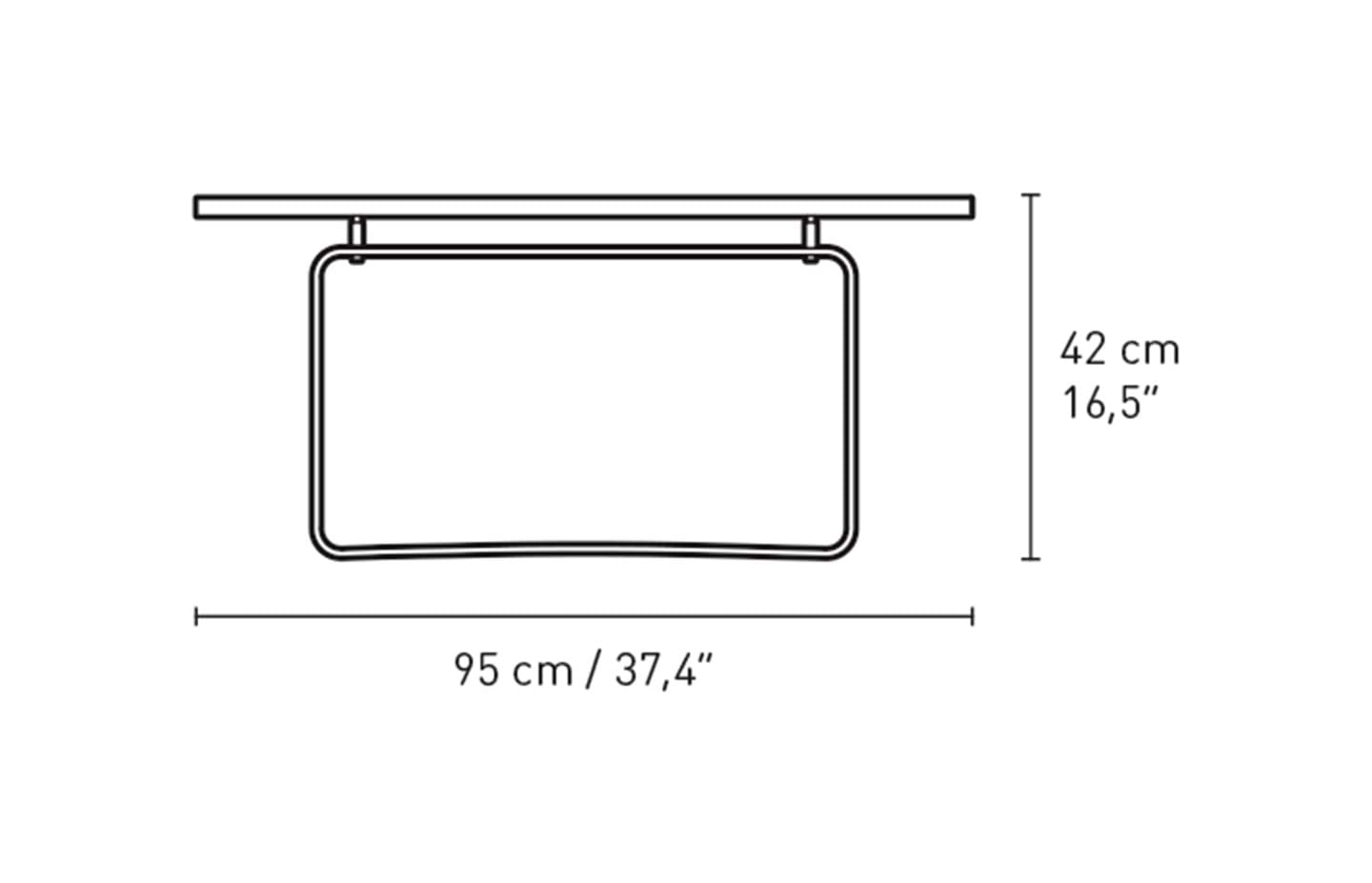 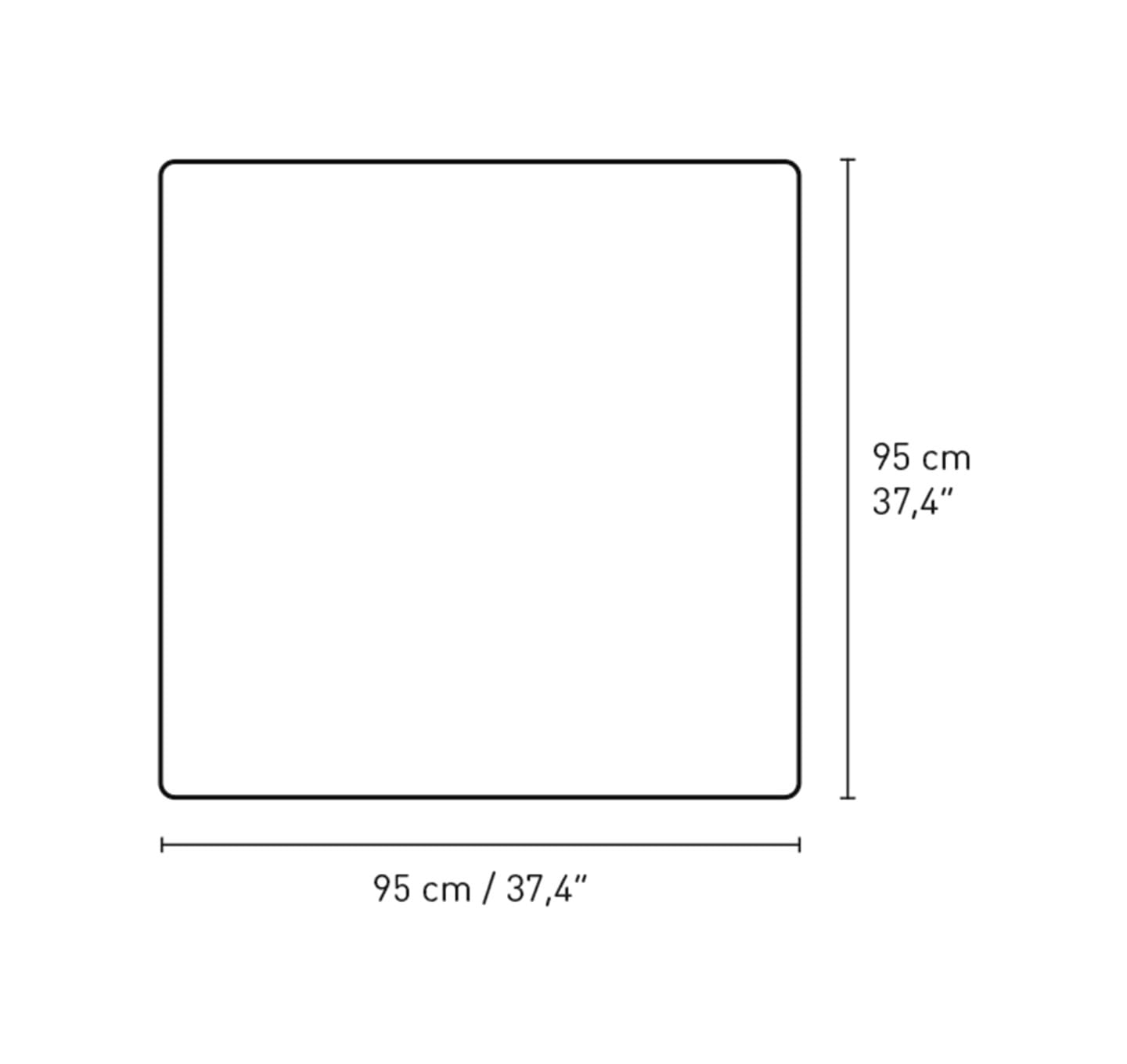 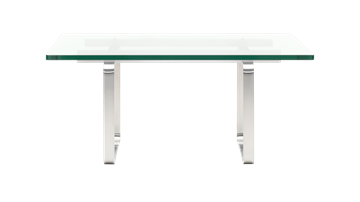 In Hans J. Wegner’s CH106 coffee table, glass and stainless steel are combined in a light and elegant construction. The table is an example that shows Wegner was not limited to designing wooden furniture but also chose steel for his chair and table frames. Hans J. Wegner’s square shaped CH106 coffee table is part of his furniture series CH100 from 1970, along with another coffee table, a lounge chair and three sofas – all with a similar base frame. The sturdy, square glass tabletop rests on a frame consisting of two trestles in bent flat steel, which are connected via two transverse steel rails. The rails also function as a support for the top, whose polished glass makes the frame’s structure fully visible. With the frames soft bends and the rounded corners of the glass, the design looks soft and harmonious despite its solid materials. The CH106 coffee table is a fine example of Hans J. Wegner’s viewpoint about good design which aims at finding a balance between the simple and the characteristic. The table also shows that Wegner was not timid about throwing himself into designs based on materials other than wood. In addition to the square shaped CH106, Wegner designed a rectangular version of the table, CH108. Both tables are included in the CH100 series together with the CH101 lounge chair and the three sofas, CH102, CH103 and CH104. 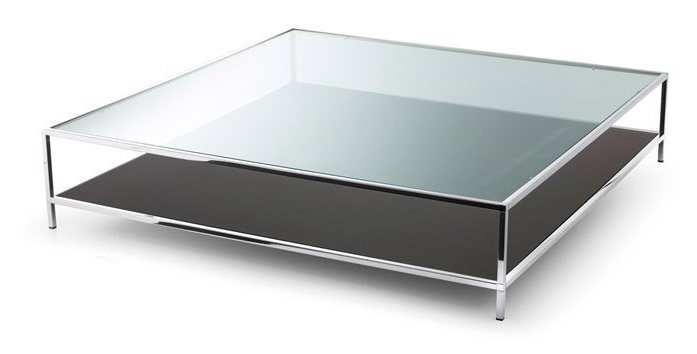 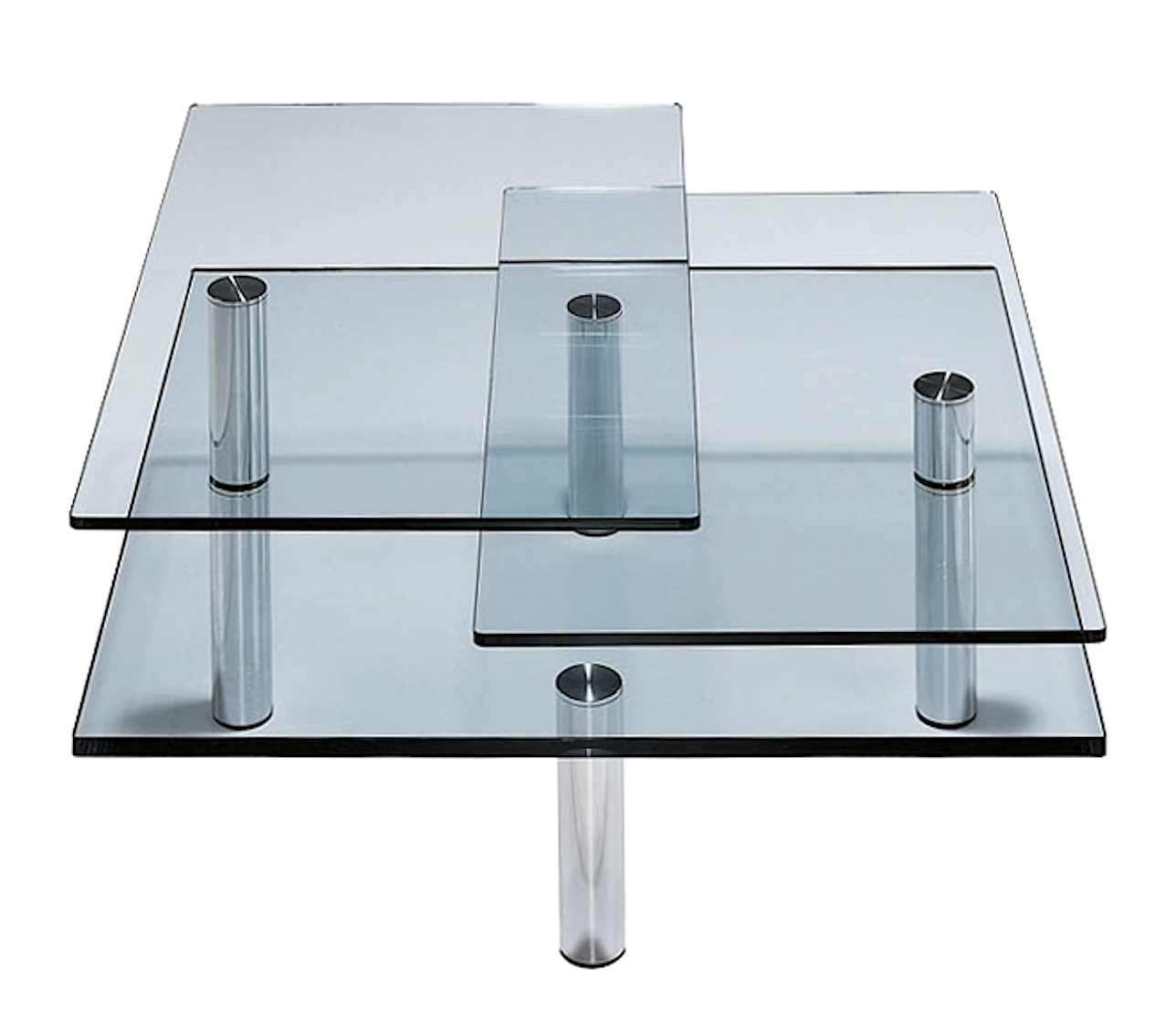 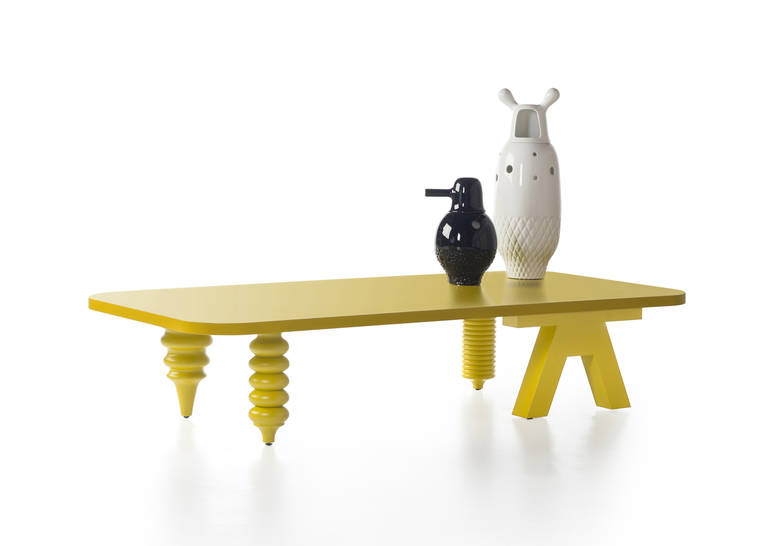 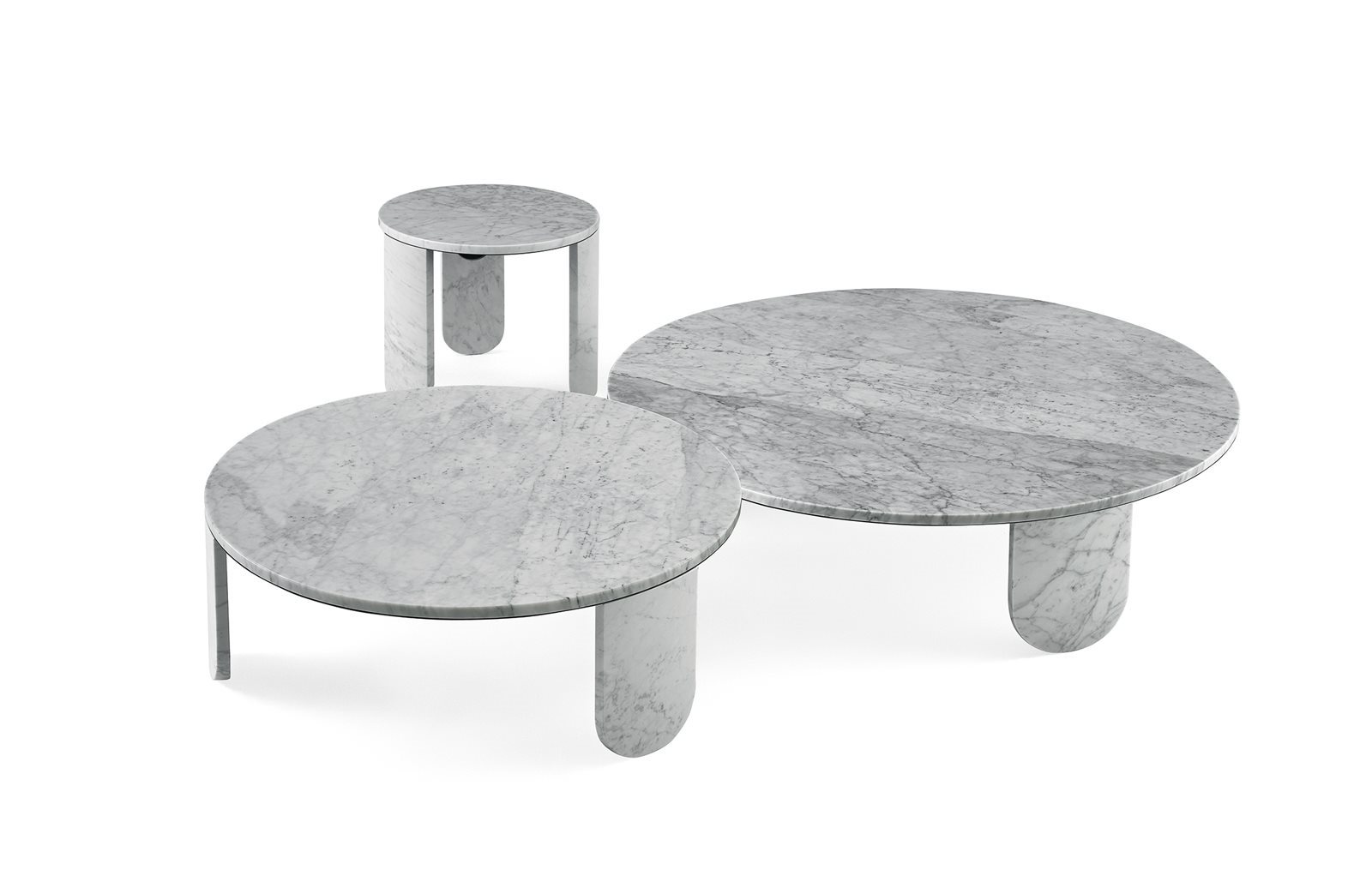 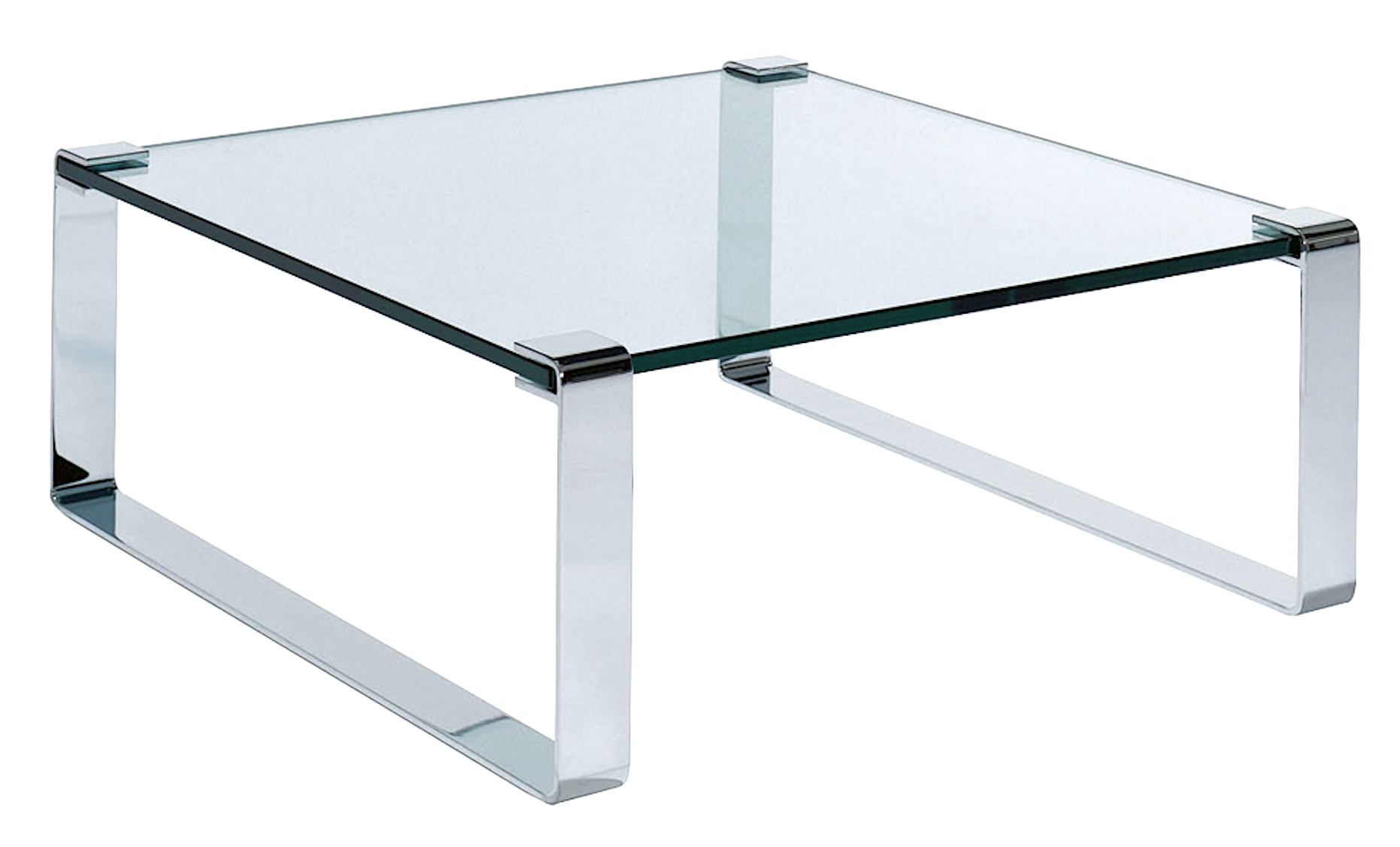 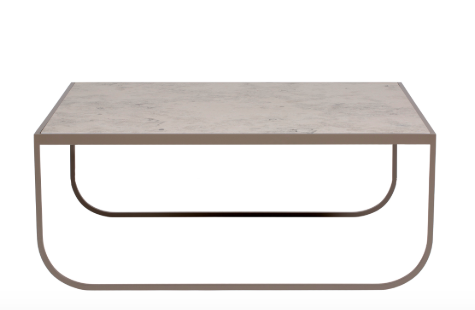