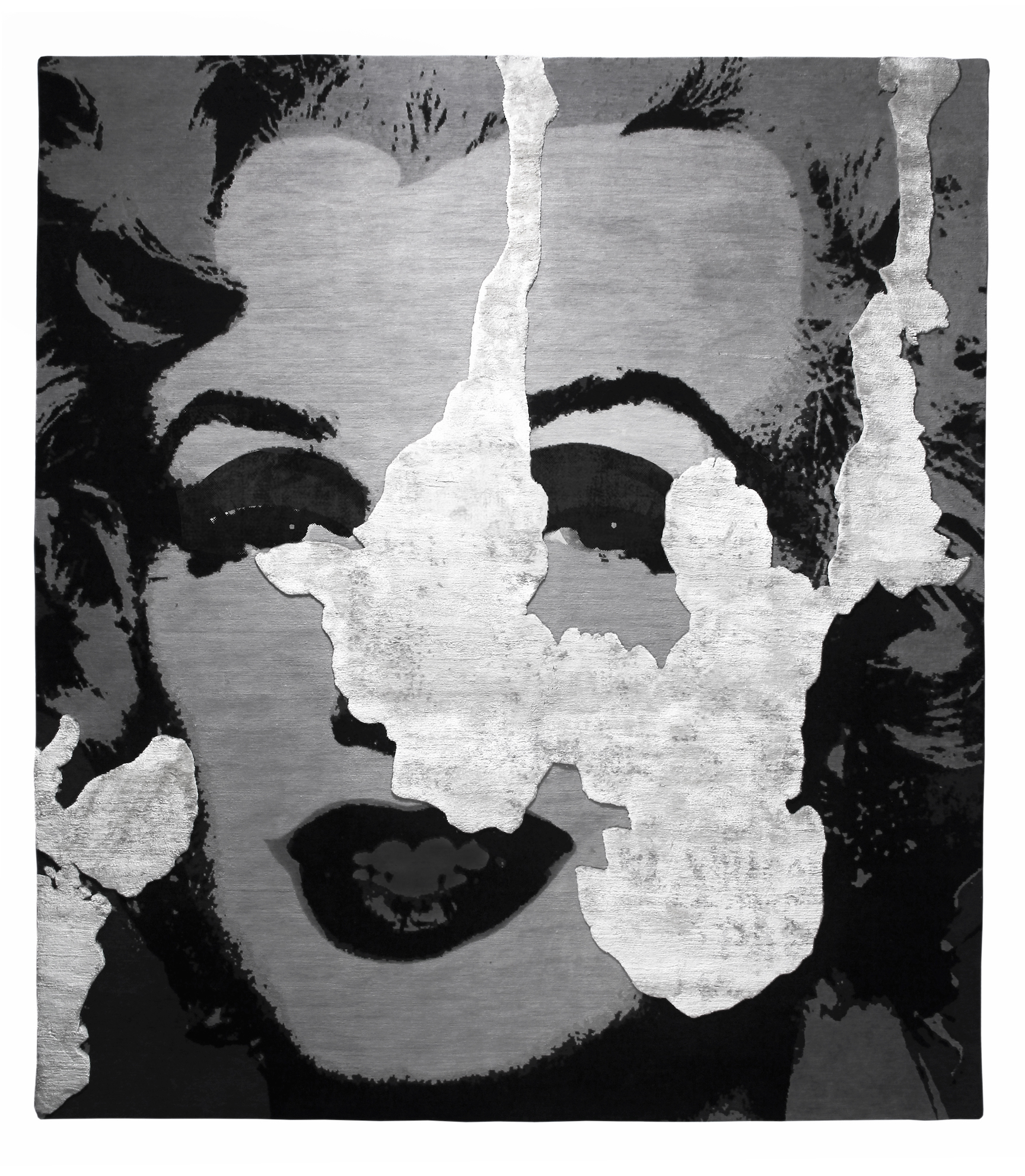 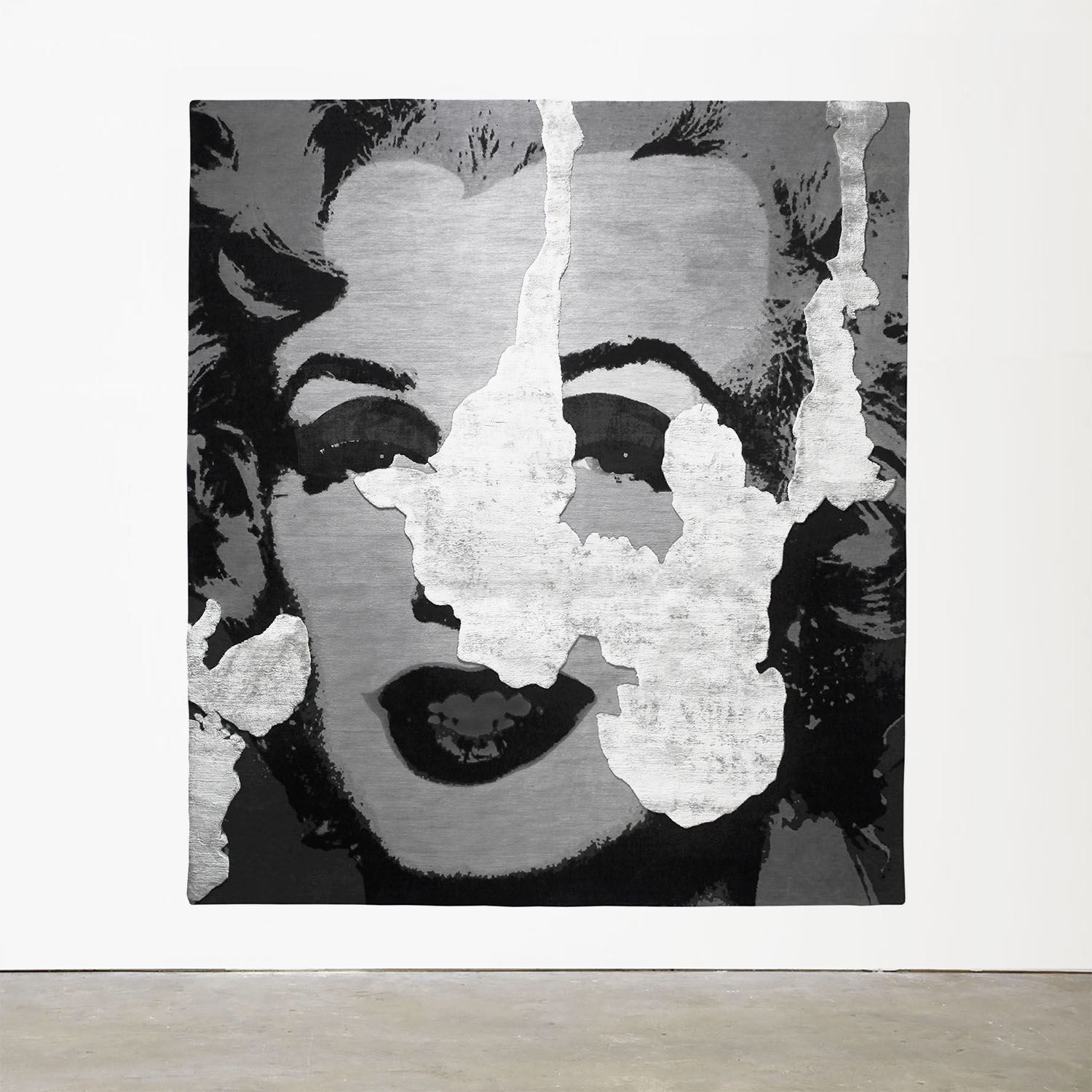 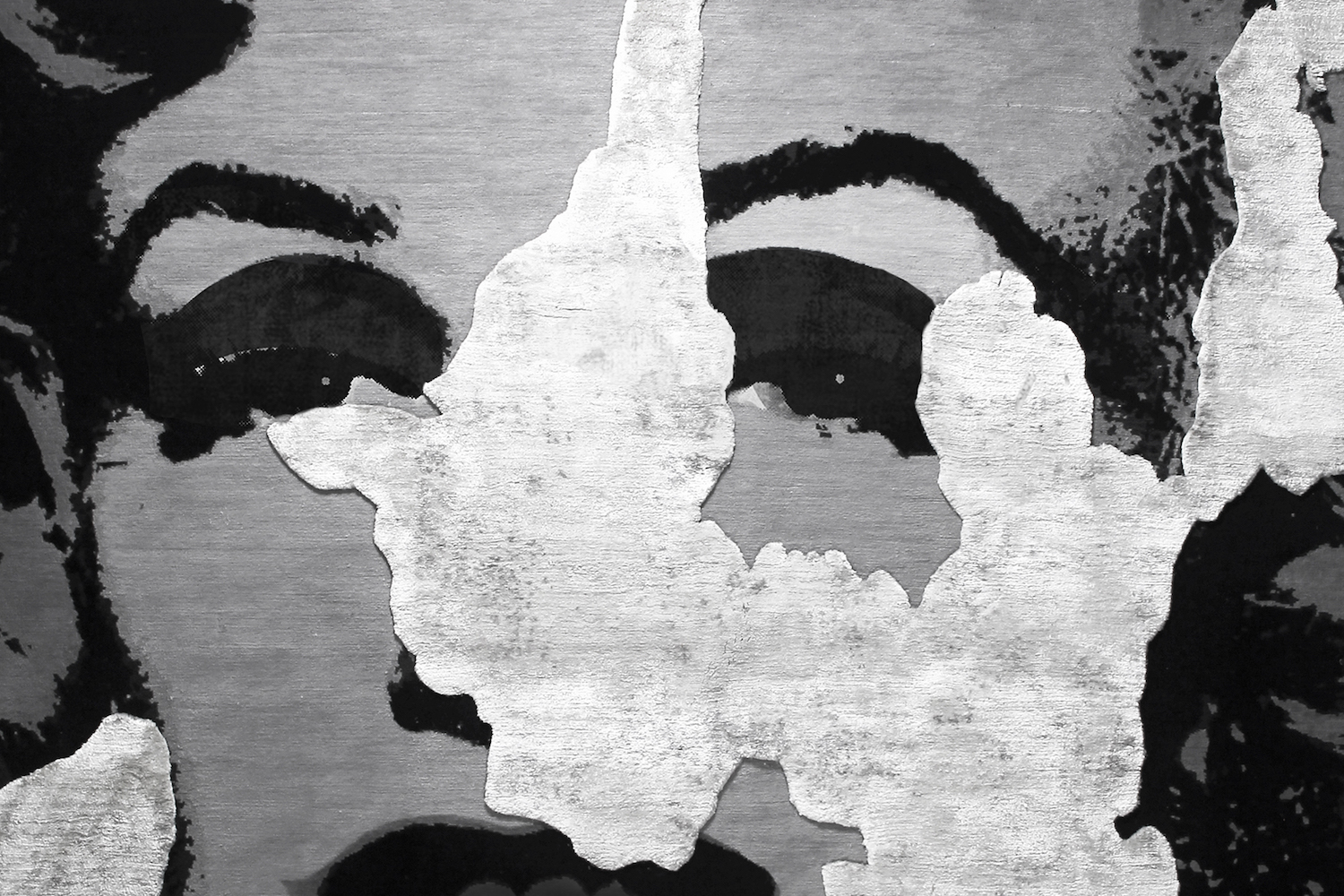 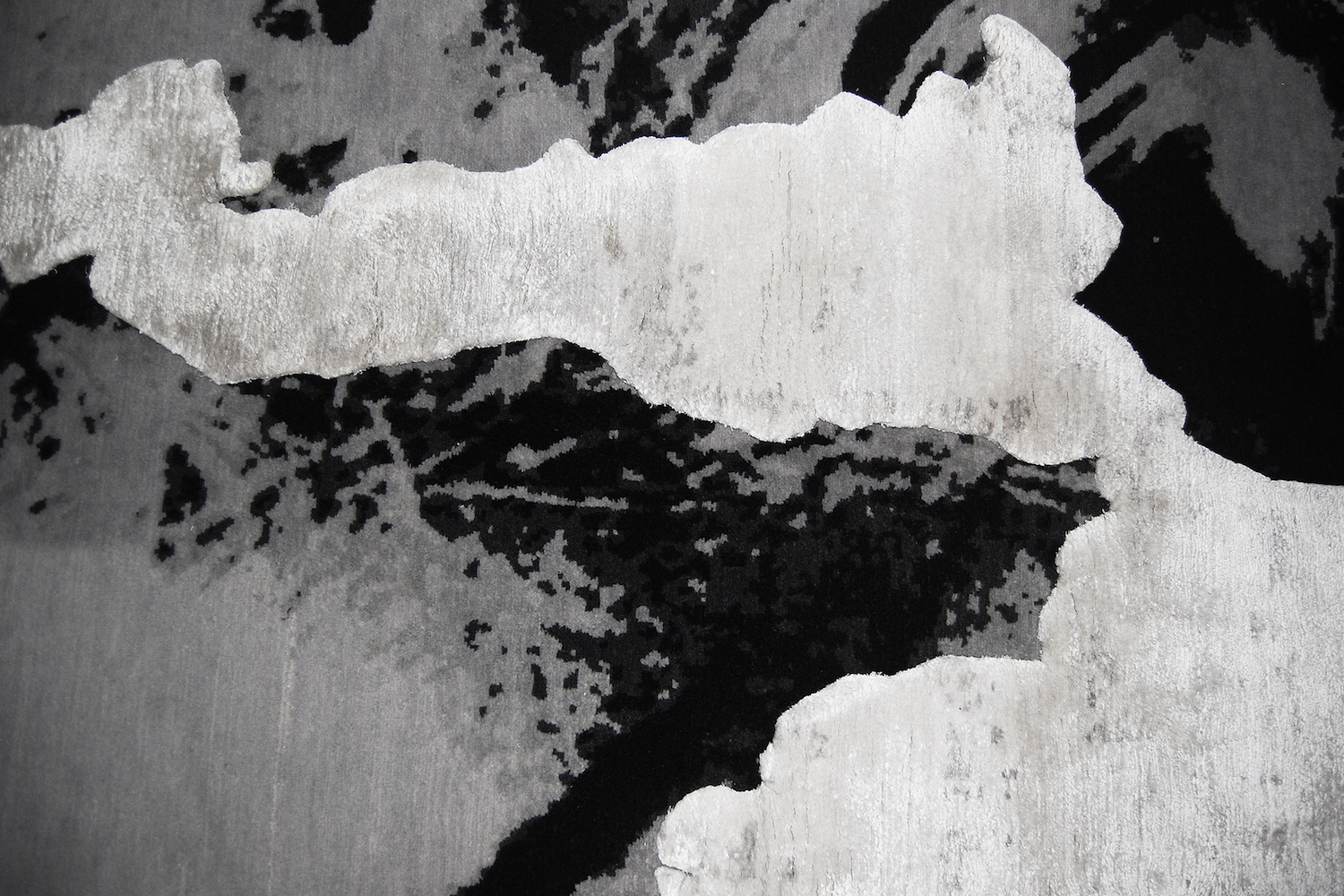 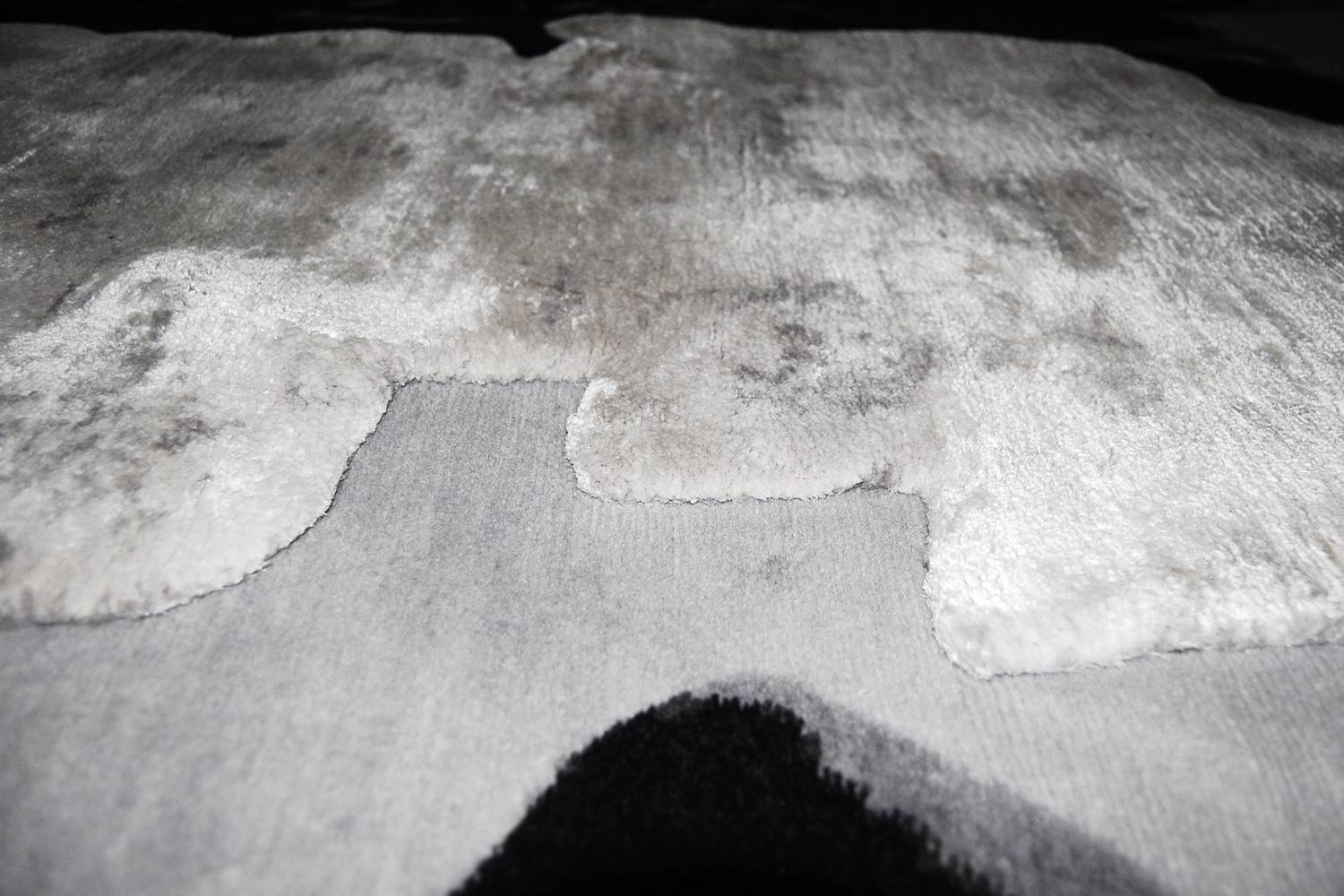 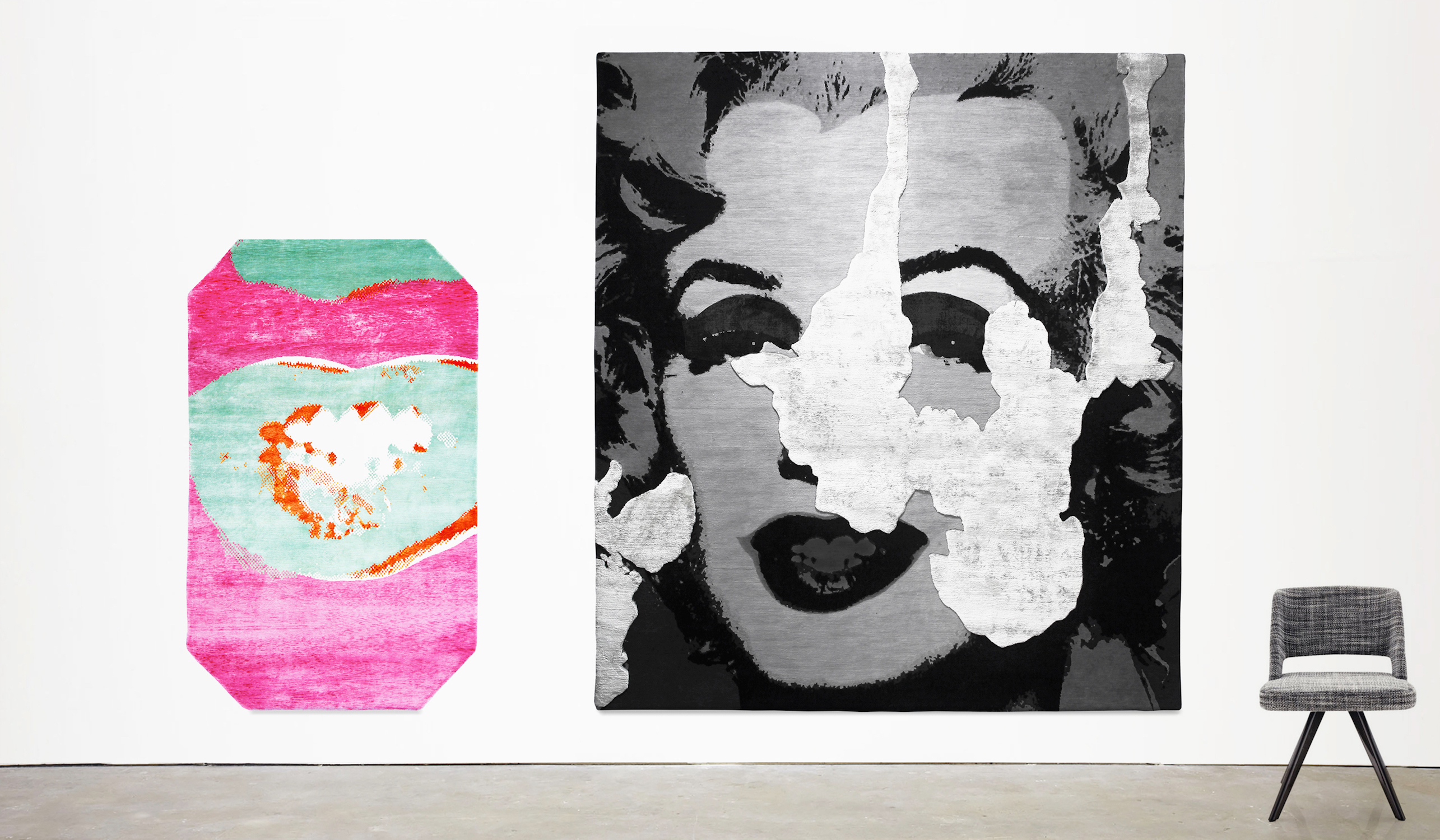 ANDY WARHOL  Marilyn Maquette, c.1967  Marilyn Tarfala Permafrost Night Edit Edition of 10 Hand knotted rug, Silk, 150 knot,  Freeform organic shapes, Numbered, Subject to availability. Henzel Studio is honored to collaborate with The Andy Warhol Foundation of Visual Arts on a groundbreaking collection of handmade art rugs and accompanying pillows that brings to light one of Warhol’s most obscure works, while paying homage to his most iconic and popular subject; Marilyn Monroe. Designed by Calle Henzel and curated by Joakim Andreasson, the collection marks the second installment of Henzel Studio Heritage, developed with foundations and estates of the most prominent artists of the 20th century. MARILYN MONROE MAQUETTE BOOK For Henzel Studio Heritage: Andy Warhol, Andreasson identified and applied as basis for the collection a maquette Warhol created for an unrealized artists book. The handmade model consists of thirty-eight octagonal pages, each a die-cut detail from Warhol’s print edition set of Marilyn Monroe dated 1967 that includes ten variations of the iconic star. The maquette was discovered in Warhol’s Time Capsule 55 in 1994, one of 610 cardboard boxes he filled and dated from 1974 until his death in 1987. Referred to then as “Andy’s stuff”, they are filled with objects he accumulated from his daily life: gifts, collectibles, photographs, invitations, letters, magazines, newspapers, junk mail, business records and artwork. Today Warhol’s Time Capsules are known to be a diary of his everyday personal and professional life including Warhol’s artistic practice. To fully encapsulate this obscure maquette, and bring light to these practically unseen works by the artist, Henzel Studio seamlessly translated its 38 pages into remarkable hand knotted silk rugs and pillows. The resulting designs and abstractions provide an unforeseen and detailed view of Warhol’s portrait of Monroe, where each rug serves as magnified close-ups through an octagon shaped lens. MARILYN MONROE PORTRAITS To expand on the maquette, the original Monroe portraits have been further deconstructed and appropriated by Calle Henzel. Henzel applied his signature design characteristic; freeform organic shapes, strategically placed holes, uneven punk-like fringes and elaborate surface treatments. As a final “kiss”, the collection is topped off with a two-piece design of Monroe’s lips appropriated from a lithograph by Warhol printed as part of a publication called 1¢ Life in 1964. 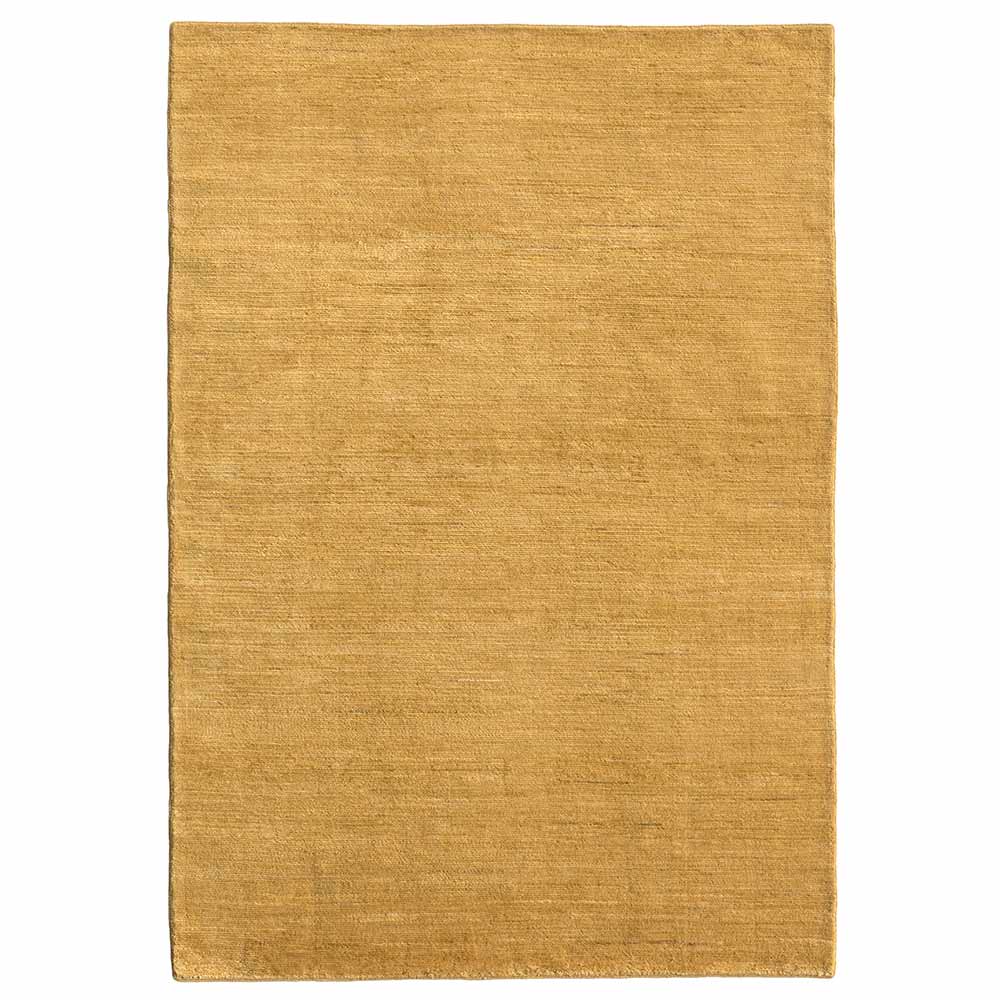 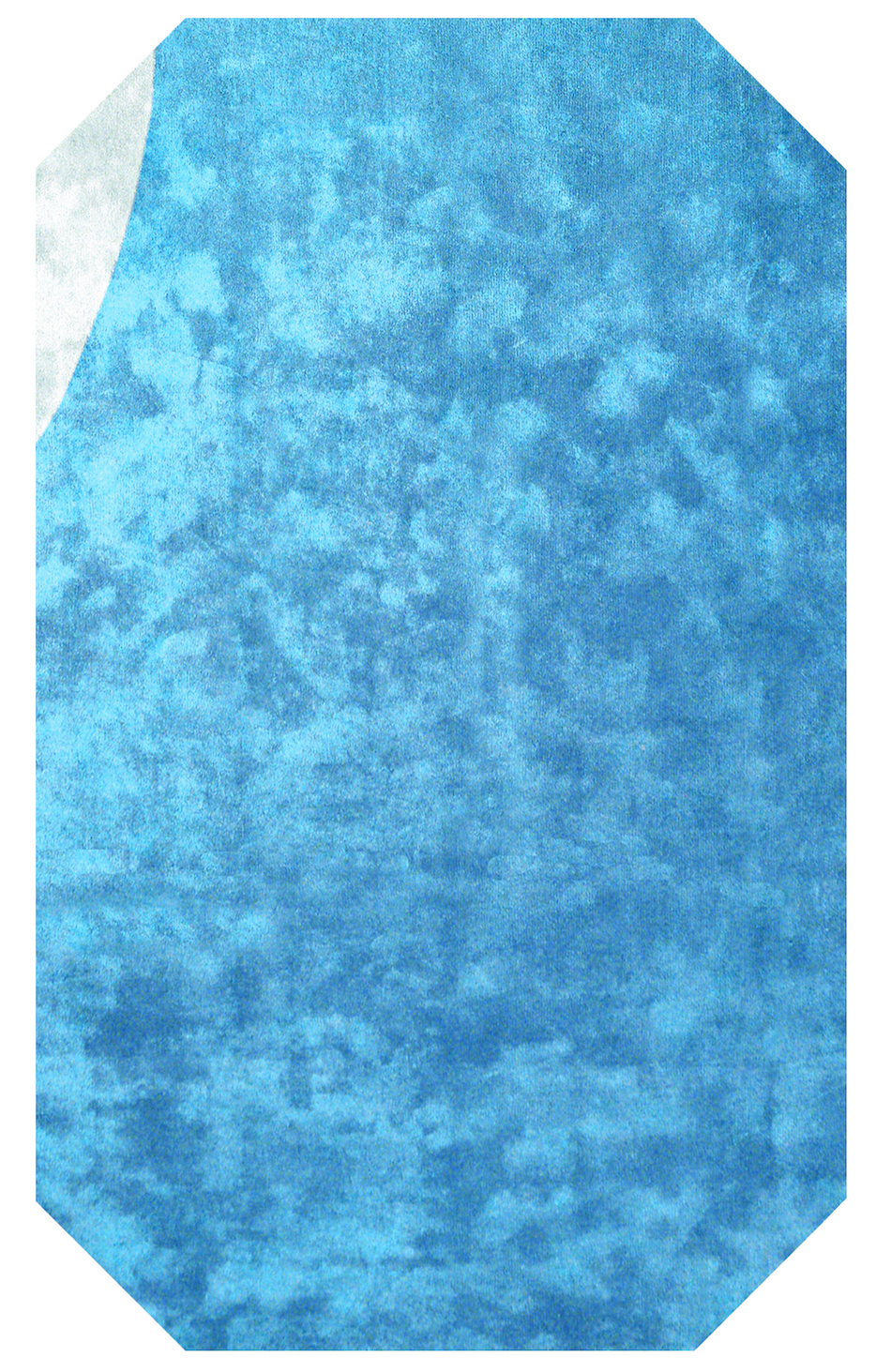 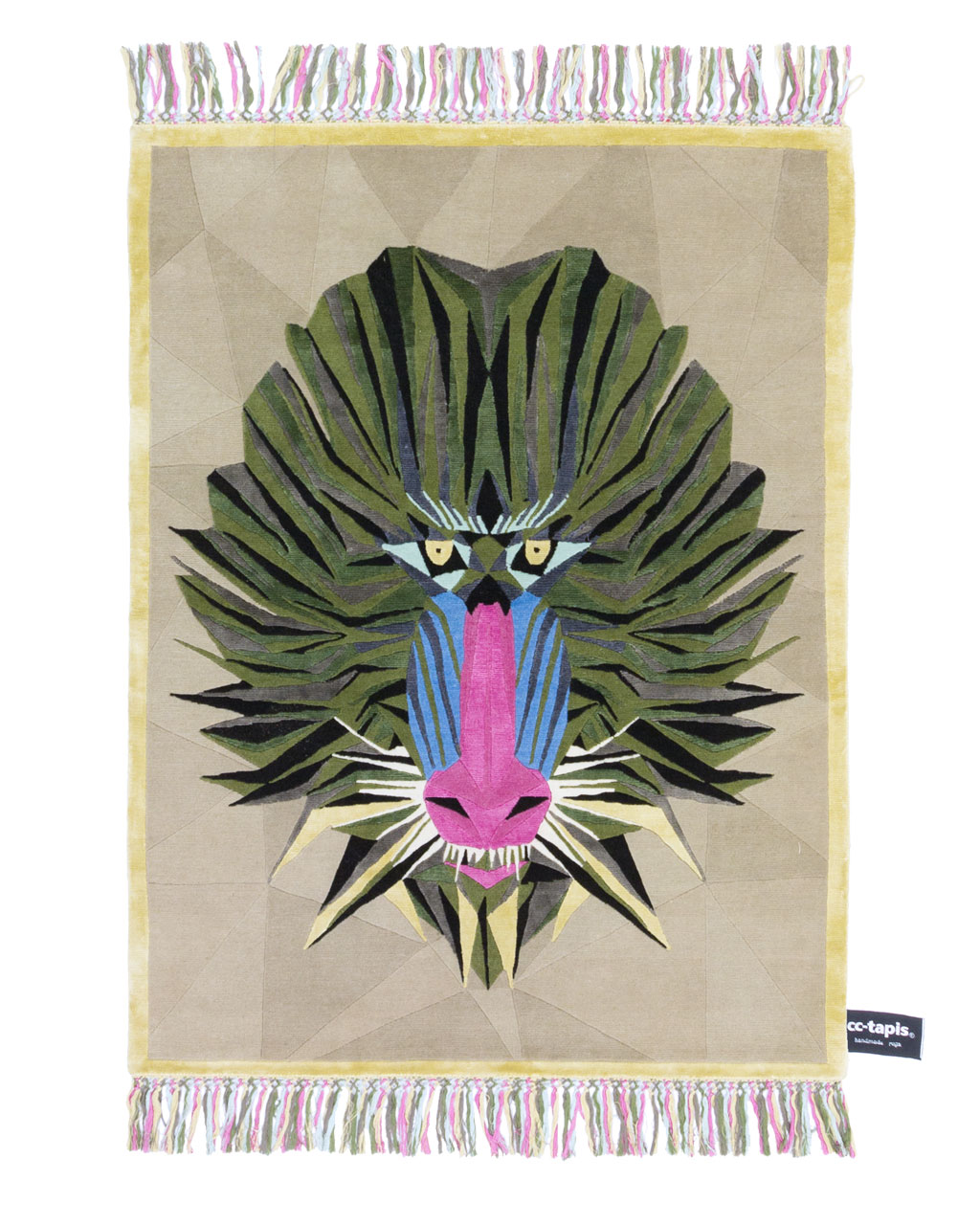 Birth On the Dancefloor 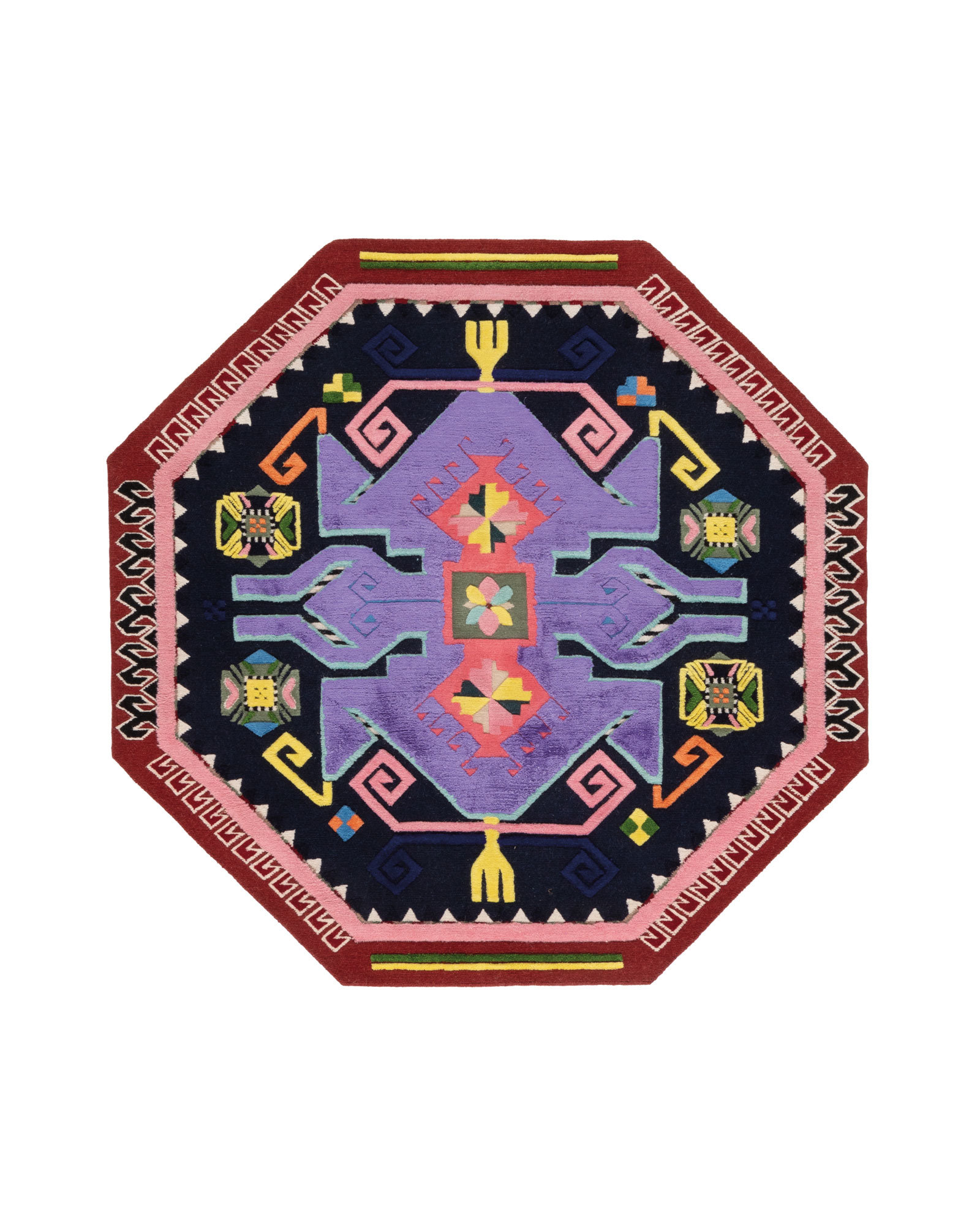 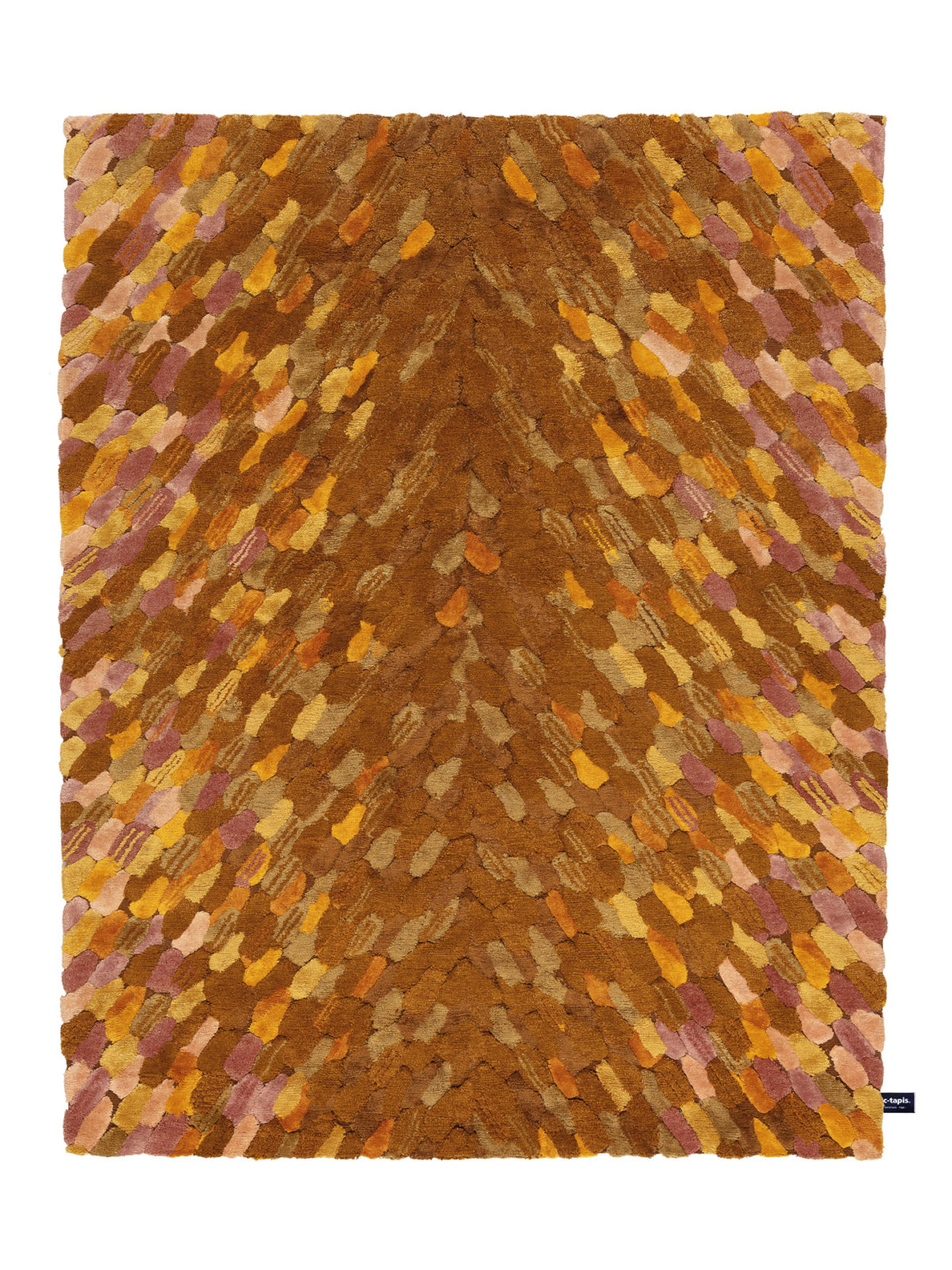 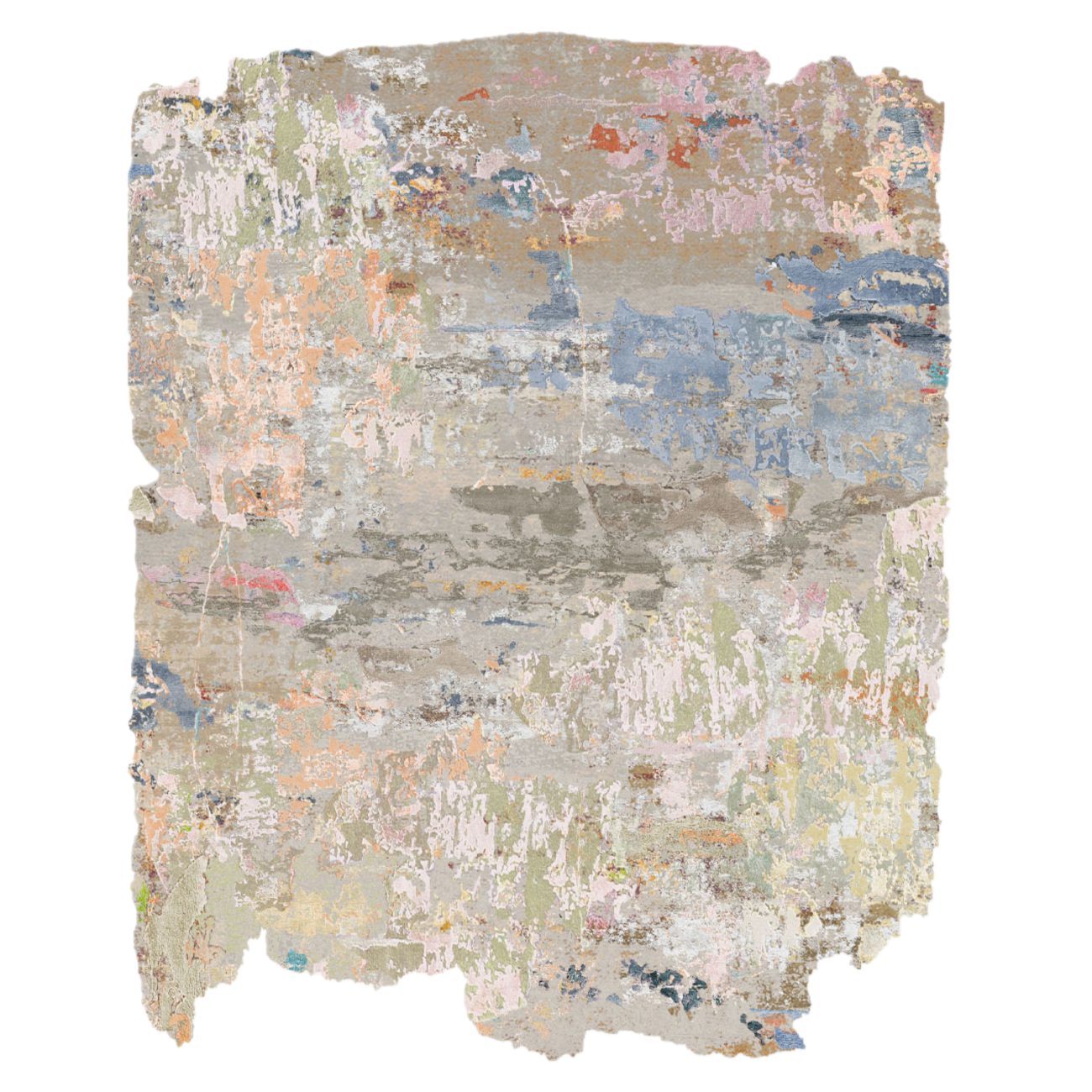 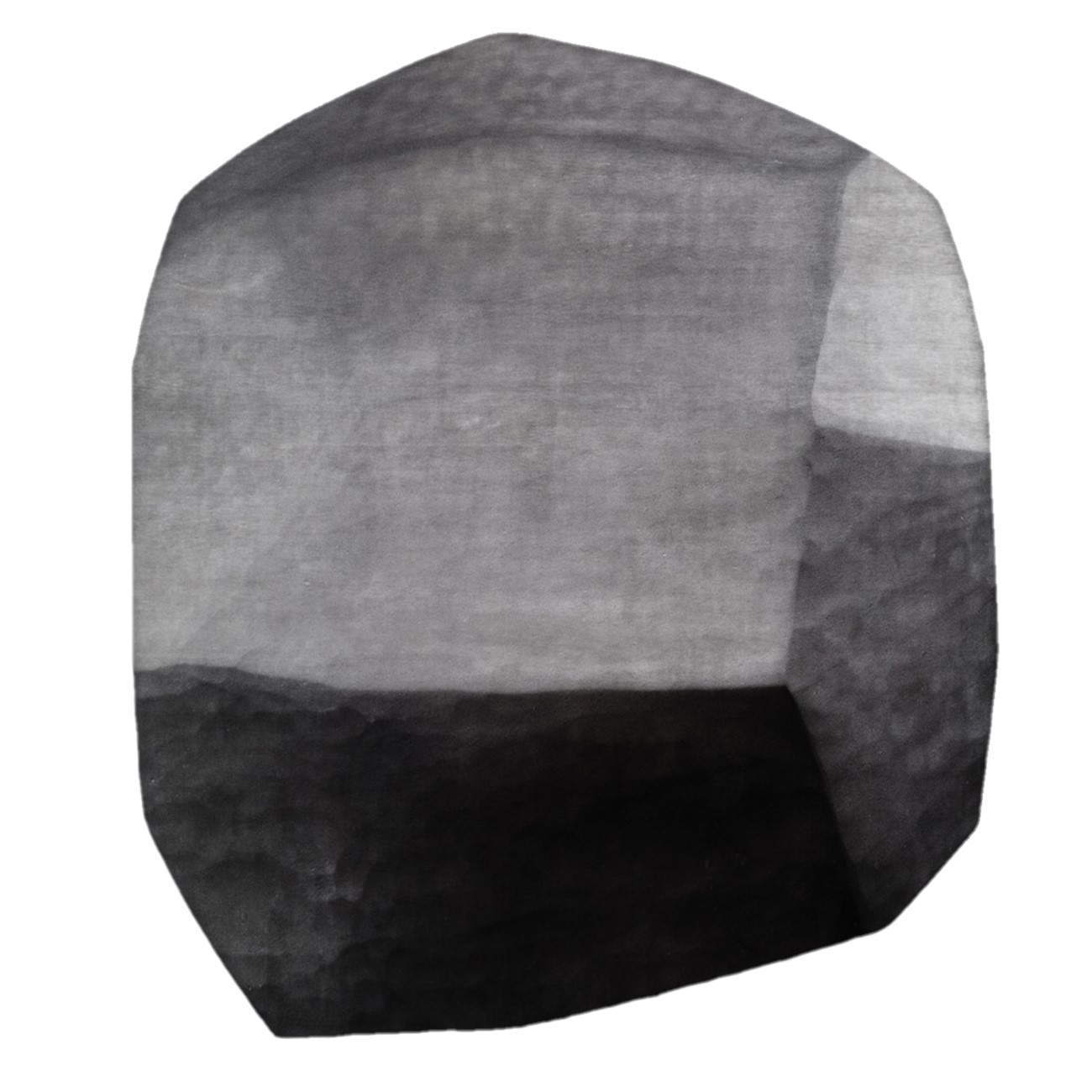 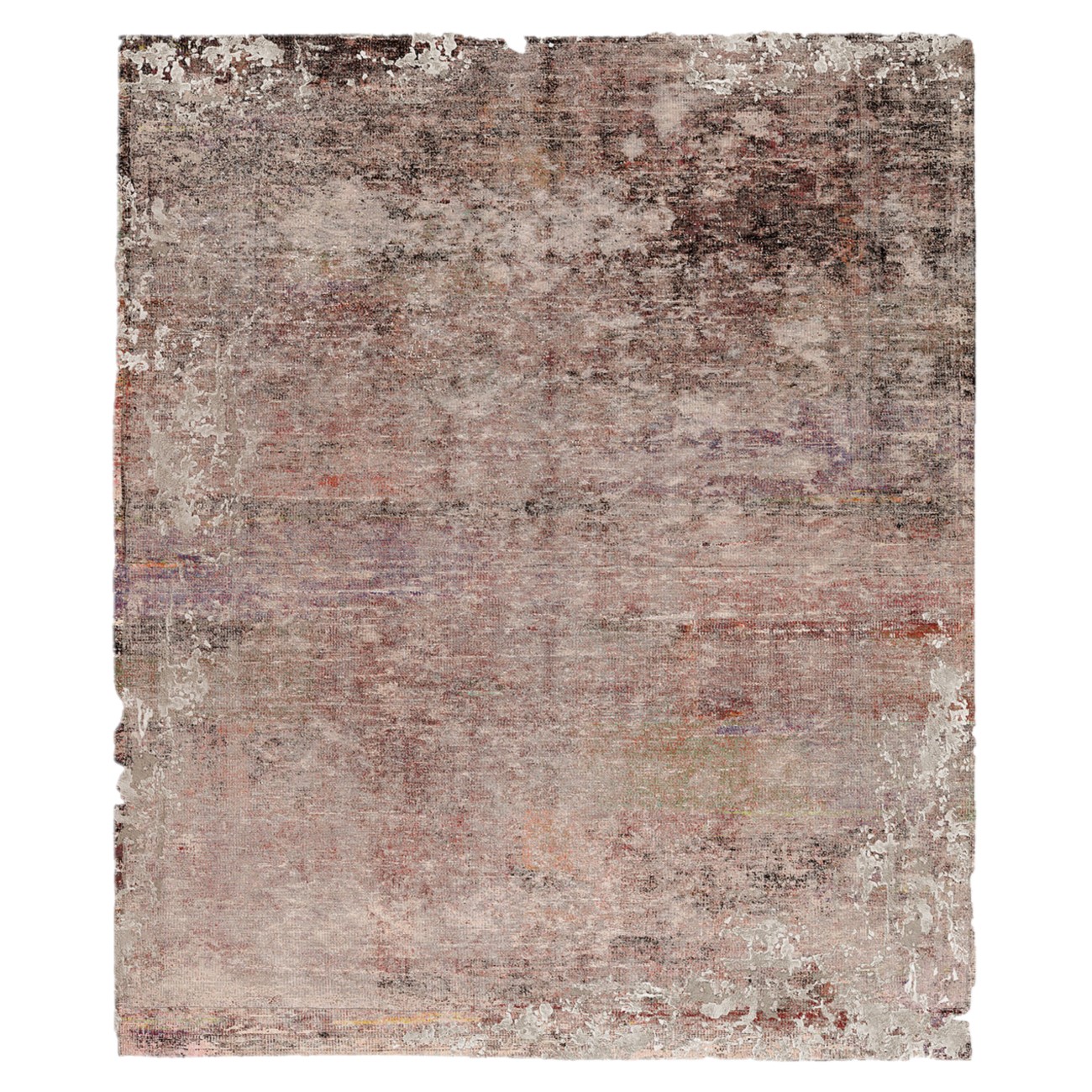